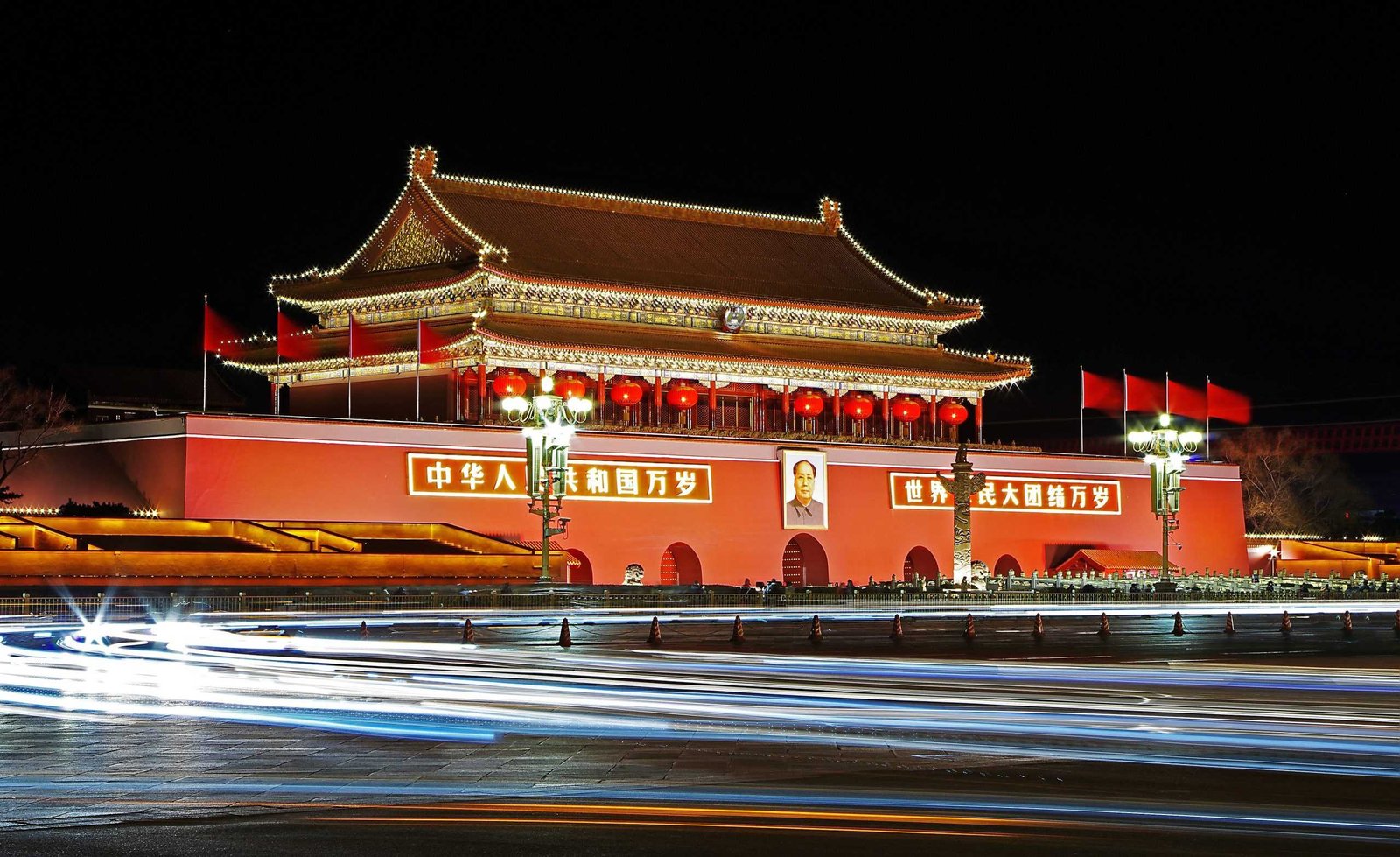 Before 5000 BC, the Chinese were living in the south area. At that time, hunting was a major profession of Chinese. After 5000 BC, the Chinese moved towards the agricultural era. They began to raise rice, corn, and maize. Chinese women were involved in weaving cloths at homes. Pottery objects were begun to form by Chinese farmers. Ancient Chinese were hard working. They found reserves of unique ornamental mineral termed as Jade. They started to make different objects, such as axes, knives and some jewelry items. Knives were also used in the cutting of plants and herbs. Different animals were raised by ancient Chinese including sheep, horses, and pigs. Chinese invented the wheel in 2500 BC. The invention of the wheel helped Chinese society in development.

In late 2500 BC, Chinese founded natural reserves of copper and tin. They started to use them in various pottery items. Chinese invented a new type of metal around 2000 BC. Bronze was formed by the blending of copper with tin. Chinese started to make weapons from Bronze.

Chines were diligent by nature. They were working with a keenness for earnings and development. Chinese were becoming rich. They started to make walls around their settlements. Walls were made as a defense from their enemies. Some of the Chinese began to involve in immoral practice. They began to sacrifice their Chinese brothers.

Shang rulers believe in the worship of different gods. The arrival of Shang’s reign dramatically impacted the religious beliefs of the Chinese. Worship of dead people became common, during the Shang dynasty.

Chinese women began to weave silk clothes. Zhengzhou, the first-ever city of China was built under Shang’s rule. Wall was built around the city to defend it from warfare. Slavery was promoted during the Shang era. Great palaces and temples were constructed. Shand ruler pays no heed to human sacrifice.

Shang rule came to an end with the death of its leading emperor.

Zhou dynasty was the longest ruling dynasty in ancient China. Zhou dynasty was divided into three different eras. Chinese began to use chariots for transportation. The chariot was made from wood and driven by horses. Brief History of China

The iron was invented by the Chinese in 500 BC. Iron was used in making many tools and weapons. Iron also revalorized agriculture.

Chinese also invented a lot of things during the Zhou dynasties, such as umbrella, kites and Iron weapons. The first military book was written under the Zhou dynasty. The famous ancient Chinese writer, Sunzi wrote “Art of War”.

China began to involve in trade with neighboring civilizations. Many cities were established. The famous “Great wall of china” and “Grand canal” was also built during this era.

Chinese philosophy was very unique about their emperors. They believe in the existence of natural heaven in the world. They thought that bad ruler is punished by Heaven in the form of natural disasters.

The spread of Taoism

Taoism religion began to spread in China. The believers of Taoism worship different gods. Taoists believe in the existence of superpowers in natural surroundings.

Zhou reign was also described as ” Chinas formative period” due to the emergence of different philosophies. Some Chinese also believed that the universe has basic five elements, including metal, wood, water, earth, and fire.

The decline of Zhou dynasty (Brief History of China)

The decline of Zhou’s started with the transfer of their capital to Luoyang. Zhou dynasty was broken down into many small states. Later a war started among small states of china. One large and powerful state conquered all the states and established its rule.

Qin Shi became the ruler of China. Weight and measure standards were established in China for the first time. Qin Shi introduced a standard system of writing for Chinese people. Many of the scholars opposed the idea of the abolition of older writings.

Private ownership of all types of weapons was banned by Qin. Many land reforms were done by Qin. The whole state was divided into smaller thirty-four sections. Qin proved to be a cruel ruler, as he imposed severe punishments and taxes on the lower class. Many rebellions started against Qin. After the war Qin dynasty was succeeded by Han’s.

Liu Bang was the first emperor of the Han dynasty. Liu Bang was a kind emperor. Liu works for the eradication of taxes from society. Factories of China revolutionized during Han reign, including salt, alcoholic drinks, and iron. Buddhism originated first in China. Chinese first invented paper in the world in 100 AD. China started to trade with major countries of the world.

Down fall of Han’s:

The main reason of Han’s downfall was internal rebellions. The central government was broken due to war. The war divided China into three kingdoms, including Wei, Shu, and Whu. The later war started among three kingdoms. This caused the unity of all three kingdoms to unite, for peaceful purposes.

Sui rulers came to power after the decline of Torbans. Sui emperors aimed to capture Korea. But they failed. Major reconstruction of cities was done under Sui reign. Buddhism religion was adopted as official religion of southern China.

Tang dynasty was considered as the most prominent dynasty of China. During tang dynasty poetry, art, trade and agriculture flourished. Gunpowder was first invented by the Chinese.

In 907, the Song dynasty became the successor of Tang. Song dynasty gave spark to the Chinese economy. Song dynasty was the era of the industrial revolution. A lot of government departments, business offices and industries were established.

Yuan dynasty came to power after the song dynasty. China was divided into four parts. Beijing was made as to the capital of China. The last Yuan ruler fled to Mongols.

Hongwu became the first emperor of China from the Ming dynasty. Under the Hongwu reign, China became the most powerful and prosperous state of the world. China started trading with the maximum countries of the world. Trading increased the earnings of China to a great extent.

At the start of the 17th century, famine attacked China. Ming’s rule moved towards downfall. Suicide was attempted by the last Ming ruler.

Qing’s conquered China in 1683. They adopted the values and culture of the Chinese. Qing emperors captured the nearby areas, including Mongolia, Taiwan and Tibet. Chinese population increased rapidly. The agricultural department grew to a larger extent. As the Chinese began to use technologies in the agriculture sector.

Trade treaty was changed during Qing’s reign. Trade with Europe was banned, as Europe was not willing to pay silver in return of tea. Chinese became an addict of opium. Opium was banned by the Chinese government. But British with the assistance of Chinese smugglers exchanged opium with tea.

The opium war was fought between China and British. As the Chinese government took strong action against illegal smuggling of opium. China closed its fifteen major trading ports. China was lacking strong military forces. This caused China to sign a peace treaty with the British.

Chinese population increased dramatically as compared to its sources. Rebellions started in China. Hong Xichuan was leading the rebellions. Hong preached Christianity and Confucianism to his believers. Which resulted in the destruction of major Buddhists temples. It was difficult for Qing emperors to control large number of such rebellions. During these rebellions, the Chinese did no work for the development of their economy. At that time, Japan emerged as the leading country.

Harmonious Fists, a secret society was made by the Chinese government. Society was intended to overcome foreign influences on China. British tried to secure their nationalists in China. Boxers defeated their soldiers. European troops attacked Beijing, which made the Chinese to surrender. In return, the Chinese has paid a handsome amount of money to Europeans.

The education system was remolded by Cixi in 1901. Qing’s reformed the government structure. Constitutional and national assemblies were made. Qing’s failed to satisfy local Chinese and moved towards downfall in 1911.

Sun Yat-Sen presented three principles. Which were nationalism, democracy, and socialism? This idea revolutionized the traditional system of China. Under these revolutions, Yuan ShiKai was elected as president. Due to it, China became a republic.

After Yuan’s death, a large number of rebellions began in 1916. These rebellions were against Confucianism in China. Mao Tse-Tung founded the Chinese communist party in 1921. While China was reunited in 1928. The industrial sector emerged as the largest sector in China.

Japanese Troops invaded china in 1937. Thousands of Chinese were killed. they overtook prominent areas of China. But Japan failed to conquer the whole of China. Chinese due to their diligent nature worked to uplift their economy.

China was proclaimed as “Peoples Republic of China” in 1949. Mao introduces “The Great Leap Forward” in 1958. It altered dramatically the industrial and agriculture sector, in terms of output. This idea in response decreased the quality of products. The 1960s was characterized by the cultural revolution. Red Guard was the major factor, which caused the party officials to resign. Followed by Tiananmen Square illustration.

The market economy began to prosper in late 20th century. China progressed to an astonishing extent. China exported wide range of products. China is considered as superpower of the world in 21st century, having maximum GDP.

2 thoughts on “Brief History of China”