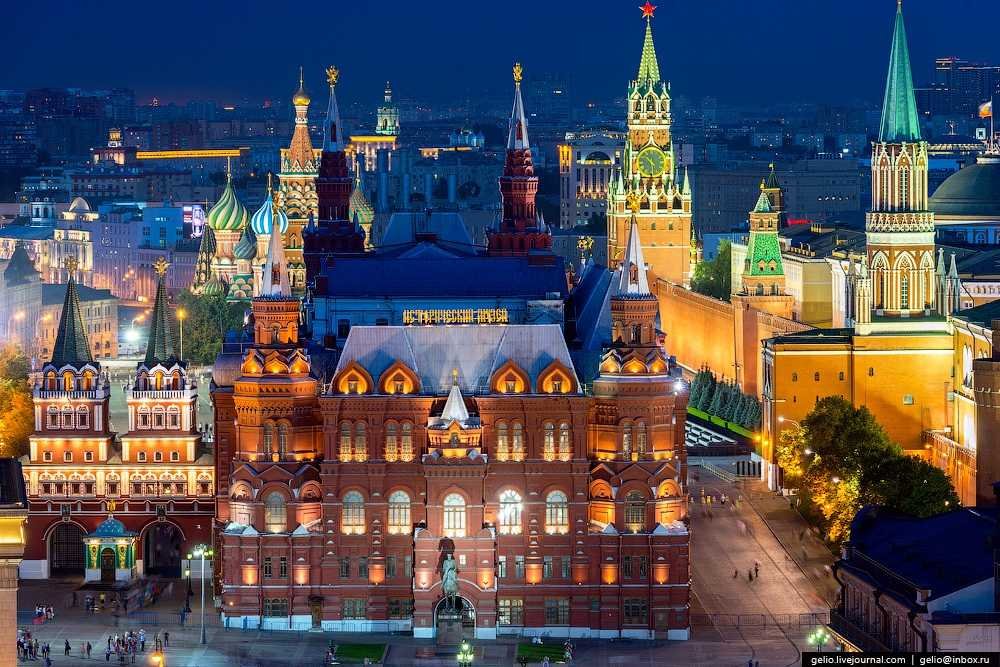 Russia is not what it looks like today, this country has gone through different hard times to reach there. Let’s move periodically, so we have a better understanding of Russian history.

The Rus people traditionally started to live in the region around 800BC. They used the English language for communication. They began to trade and raid between the river routes of the Baltic and Red sea in between the eighth and eleventh centuries. The Rus people are also known as Vikings now, they mostly live in the upper Volga region. They traded furs and slaves for silk. The modern states like Belarus, Ukraine, and Russia all claim that the Rus people were their forefathers. By the time, their area started to increase and stretched from the White sea in the north to Black sea in the south. Then it spread from waters of Vistula in the west to Taman Peninsula located in the east. The majority of them used to live in tribes. The people of these tribes were called East Slavic tribes.

The warriors of Slavic tribes (History of Russia)

According to history, Prince Oleg was the first person who united these tribes. He named these as Kievan Rus. He ruled over them from around 882 to 912. He extended his boundaries along the Dnieper river valley to protect the trade routes. Later, he moved his capital to Kyiv. Which was the most strategic city of that time? Then, came the regime of Sviatoslav (943 – 972). Sviatoslav conquered the numerous east Slavic tribes. He attacked the Volga Bulgars and defeated the Alans. In his short life, there was a rapid expansion in the Volga valley and the Balkans. Then, he moved his capital from Kyiv to Preslav located near the Danube. Then Vladimir The Great (980–1015), introduced Christianity and also placed baptism. It was extended not only to Kyiv but also to its nearby inhabitants. Then, there was the reign of Yaroslav The Wise (1019 – 1054).

The invasion of Rus people (History of Russia)

In which, the Kievan Rus reached to its greater extent. After Yaroslava’s death, his sons issued the first legal written code known as the “Rus Justice”. At the beginning of the 11th century, the state started to decline. In the mid-12th century, the state was divided into small pieces by the rival powers. The main cause of their decline was economic factors. The state became weak with the passage of time. In the 1240s, it fell down by the invasion of the Mongol empire. Mongols destructed many parts of the city.

Vladimir and Suzdal on Rus roads

The period of Vladimir-Suzdalian Rus ranges from 1157 to 1333. The prince Vladimir and Suzdal ruled Kievan Rus at the end of the 12th century. The major place was Vladimir Blast on the Klyazma river. Later, it expanded into various other smaller states. The center of these was Grand Duchy. After the Mongols invasion, it became an independent state. Grand Duchy of Moscow was the modification of these smaller principalities.  Saint Peter was a significant figure in the promotion of Kevin from Vladimir to Moscow.

In the 13th century, A northwestern sect of the Mongol empire was under Khan. It came through the division of the Mongol Empire in 1259. The Golden Horde was formed by Batu Khan. After his death, his dynasty enjoyed a golden age till 1359. Uzbeg Khan (Khanate) gave a flourishing rise to arm forces in 1312-1241. Golden Horde included the area from the Urals to the Danube river. It ranged to the black sea in the south and to Siberia in the East. It had Caucasus mountains also in its range. Tokhatamysh (a khan king) solved internal political issues until 1395. In 1396, it was divided into smaller Tatras (Turkic ethnic group) due to Timur invasion. He formed the Timurid Empire. In 1446, various Turkic khanates emerged. It was called Great Horde with its Turkic speaking Khanates.

It was a Rus principality that emerged from Moscow at the end of the Middle Ages. It was the former state of Tsardom of Russia. Alexander Nevsky formed this state under the Rurik dynasty. Daniel I (the son of Alexander Nevsky) modified it into grand principality in 1283. In the 1320s, Daniel I expanded it into parent duchy Vladimir- SuzdalHYPERLINK “https://en.wikipedia.org/wiki/Vladimir-Suzdal”. In 1478, the grand duchy of Tver was conquered which again maintained the Mongols dynasty. Orthodox, Slavic and Pagan traditions helped to maintain Rus principality. These flourished directly to maintain each other. Last Byzantine emperor had a connection through his marriage to the emperor’s niece. The Moscow traditions were strengthened in this era. In 1547, Ivan IV was crowned as the first Tsar of Russia also known as Ivan the Terrible. He was an infant at his father’s death.

It was formed within Moscow.  It was formed as a central state. It got its name by Tsar (Ivan IV) in 1547.  The boundary of Russia was bought to the Caspian Sea. There was also an expansion in its boundary of approximately, 35,000 km per square per year. Ivan IV enforced autocratic power. The Tsar emphasized it by building Council of the whole nation. Feodor became king after his father Ivan IV’s death. Finally, his death ended the dynasty of the House of Rurik after seven centuries in 1598.

Boris one of the old aristocrats ascended the throne. It was not acceptable for Russians to accept any other rule except the real Tsar. Ultimately there was a struggle for power at Poles, Swedes, and Cossacks. This chaos marked time of troubles from 1604-1613. There raised a struggle among Catholics and the Patriarch of the church. This gave rise to the rule of Romanoffs in 1917.

The war between Poles and Lithuanians continued between 1613 until 1667. They all struggled for Ukraine. This war and the religious struggle ended with the alliance of western Ukraine to Poles. Eastern Ukraine having Kyiv was alienated from Russia.

In the 17th century, Russia gained power over the Pacific. It became a considerable power until the end of the 16th century.

Russia enjoyed the status of the great empire of the world from 1721-1917. The struggles of Romanoffs was continued by Peter the Great.

Peter was the youngest Tsar. He was a man of great strength and energy. He was also a rational and technical skilled person.  He worked as a surgeon, dentist, and executioner. He had no association with religion. He worked for naval power. His attention was on the Black sea, he thought he could not get the Black sea without a Western ally. So, he started to work in the Baltic area of West. During his 16th year regime, his activities were drinking, singing, torturing and enjoyment. In 1697, his visit to Europe and England influenced him a lot. He became determined to introduce western civilization in Russia. He also became ambitious for the rising of his state. His tasks included the abolishment of the Council of Boyars and the formation of the central government.

Peter developed a navy, senate, currency reforms, school reforms, hospitals, and museums. He broke the contact with Russian traditions. He built the new capital at the Baltic sea in order to maintain contact with the West. These western reforms aided in losing the balance between peasants and gentry. St Petersburg was built by applying extra tax on peasants. Many workers and peasants left the state and moved to Don Cossack. This movement later gave birth to the second greatest rebellion in 1707. Sweden was the bone of contention in front of Peter to the expansion of the Baltic sea. In 1709, Charles XII marched into Russia to dethrone Tsar.

This led to the war of Poltava, which increased the boundary to the Baltic. In 1725, the daughter of Peter took charge after the death of Peter.  She also continued her father western polices. She introduced developments in Art and Science. In 1755, she also founded the first university in Moscow.

Catherine the Great (History of Russia)

Peter III the (nephew of Elizabeth), ascended Elizabeth in 1762. Unfortunately, he proved as incompetent ruler. He had a clever wife Sofia; she was ambitious to be an enlightened ruler. She started a campaign by introducing her identity as Catherine. she had a clever friend and they planned.

Her friend murdered Peter and she was set to rule. She introduced some reforms as the Great Commission. Certain reforms were against peasant which led to the third revolt. Cossack Pugachev came forward against her polices. This frightened her and she abandoned her ambitions. She also completed her father’ s policy -westernization of the gentry. She also worked in art, music and literature flourishment.

Partition of Poland (History of Russia)

Catherine’s foreign policy included the expansion towards the south. It also included access to the Mediterranean. In 18th century, she played a significant role to develop friendship between Austria and Russia. Russia again holds control over Azov in 1739. In 1756, Frederick the Great of Prussia began the seven-year war.

Frederick conquered Russian’s at Zorndorf but defeated by Russian and Austrians army Kunersdorf, Russia in 1759. In 1760, Berlin was burnt but Prussia and Frederick remained safe. In 1762, Peter III stepped behind from war after Empress Elizabeth’s death.

At the end of the 18th century, Frederick, the Great Poland was an irritating land. Frederick in 1772, proposed Poland division among Russia, Austria, and Prussia.  Until 1918, Poland lost all its Ukraine and Lithuanian parts too.

The Russian empire enjoyed the status of absolute monarchy in 1905. The reforms in the doctrine of Autocracy, Nationality, and Orthodoxy were enforced. The participation of Russia in the first World war became the reason for its failure. Union of Soviet Socialist Republics was created by Bolsheviks in 1918.

After the seven-decade rule of Soviet, Gorbachev stood for the nationalist movement. He enforced the constituent republics in USSR. Boris Yeltsi and many nationalists reached in the Russian parliament in 1990.

1990 was followed by the Commonwealth of Independent States. In 1993, Yeltsin demanded new actions by selecting Rutskoi as acting president.

In 1995, legislative elections were held. The Communist party won greater seats in the State Duma.  Primakov (a communist and reformer) became the prime minister along with two communist ministers. In 1999, He was fired due to an economic crisis and his policies.

In 2000 elections, Putin won the Russians presidential elections. He strengthened Russian ties with the West. He aligned with America on their war on terrorism. In 2003, they experienced a consistent rise in the economy for some years. The tension with Ukraine started over the Kerch Strait.

Vladimir Putin was holding control over economic and political power in 2000. He introduced an energetic foreign policy. In 2008, Dmitri Medvedev was selected as prime minister.  In 2014, the Crimean Peninsula was annexed into two parts including The Republic of Crimean and the federal city of Sevastopol. Between 2017-18, there was protests against the federal Russian government in different cities of Russia. In 2019, the number reached to 863.

Russia which served as a world power has various stages of downfalls. There can be certain factors behind it as suppression of minorities, injustice, and incompetence of rulers.

2 thoughts on “History of Russia”