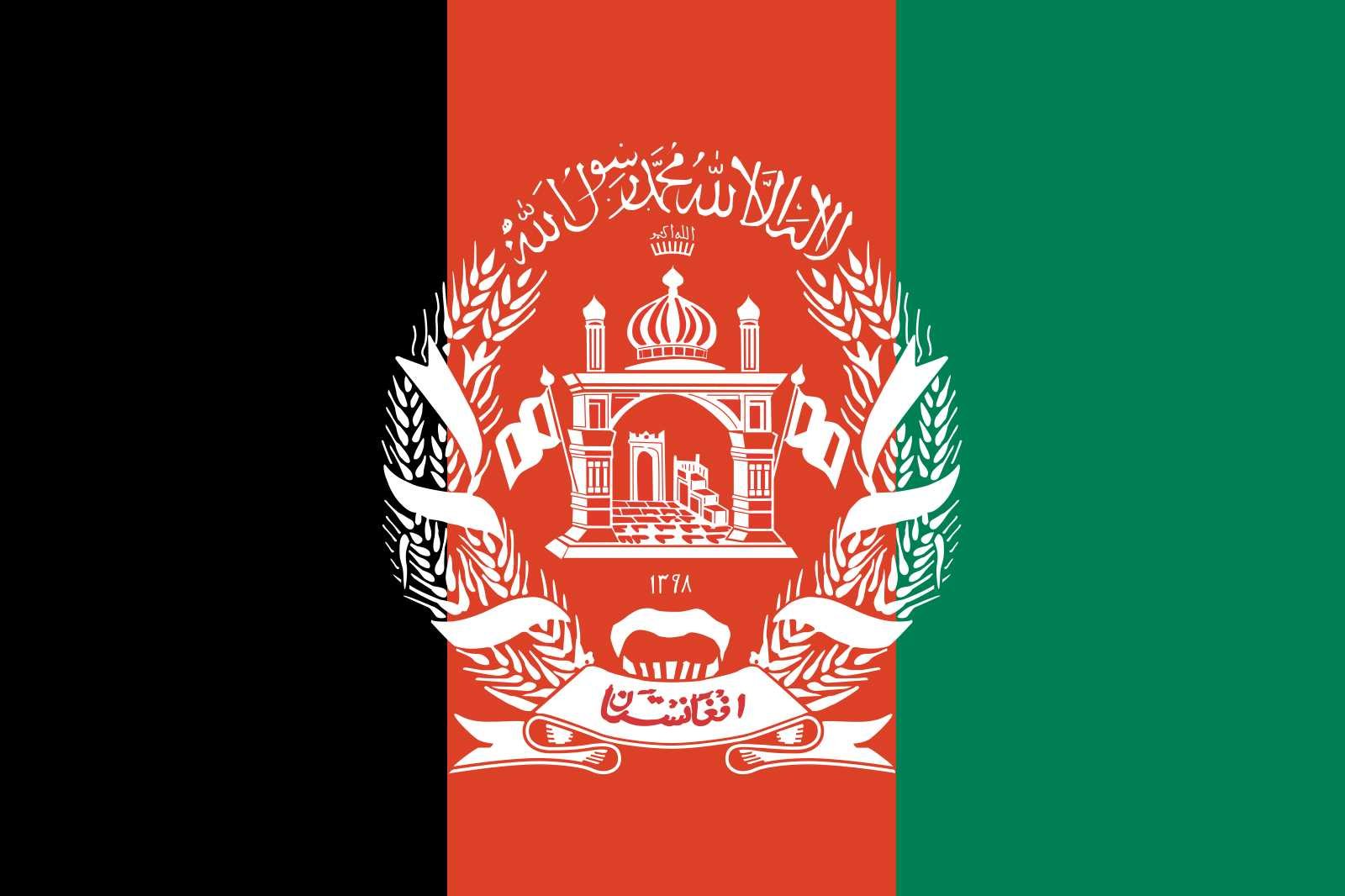 the Islamic Republic of Afghanistan is a landlocked country at the crossroads of Central and South Asia. Afghanistan is bordered by Pakistan to the east and south; Iran to the west; Turkmenistan, Uzbekistan and Tajikistan to the north; and China to the northeast. Occupying 652,000 square kilometers (252,000 square miles), it is a mountainous country with plains to the north and southwest. Kabul is the capital and the largest city. The population is around 32 million, mainly made up of ethnic Pashtuns, Tajiks, Hazaras and Uzbeks.

House of the People

1 Roundabout of the Ancient World in History Of Afghanistan War

Because of its location, Afghanistan has been a center of diverse cultures, which has prompted a historian to call it the “roundabout of the ancient world.” Those who settled included the Persians, under Darius the Great (522-486 BCE); and the Greeks, led by Alexander the Great (356-323 BCE). Many of today’s cities are built on Greek foundations. A Buddhist civilization flourished from the end of the first century AD, its kings reigning in Bamiyan until the end of the 10th century. An Arab raid on Kandahar in 699-700 brought Islam, strengthened when the Turks took power in Iran, Afghanistan and India. The Mongolian Genghis Khan invaded the 13th century. For the next few hundred years, Afghanistan was fought by various Indian and Persian empires. Finally, in the 18th century, a group of Pashtun tribes under Durrani (aka Ahmad Shah Abdali) defeated the Mughals and the Persians and consolidated their own vast but unstable empire.

2 The Great Game in the History Of Afghanistan War

During the 19th century, Afghanistan was caught in the Anglo-Russian power struggle known as “The Great Game”. Britain attempted to place Afghanistan under direct domination, but suffered a resounding defeat in the First Anglo-Afghan War (1839-1842). Imperial power tried again in 1878-1880; this time, Afghanistan lost a lot of territory and control of its external affairs to the benefit of Great Britain. To keep Russia at bay and protect its Indian colony, Britain provided modern weapons and an annual subsidy to Afghan leaders. One of them was Abdur Rahman Khan (1881-1901), known as the “Iron Amir” and “Unificator of Afghanistan”. He created a powerful army. In 1893, the Durand Line fixed the border with British India, but the tribal areas were divided, leaving half in what is today Pakistan. Upon his death in 1901, Abdur Rahman Khan was replaced by his son, Habibullah.

3 Liberal manœuvres in the History Of Afghanistan War

Habibullah was a liberalizer who introduced a modern education style. After the First World War, the pressure increased for total independence. Several newspapers have been launched by Afghan intellectual Mahmud Tarzi. After the assassination of King Habibullah in 1919, his son Amanullah seized the throne and declared his independence. Britain was defeated in a third Anglo-Afghan war in 1919-1921, and Afghanistan regained control of its foreign affairs. Amanullah (“the king of reform”) undertook land reform, regularized taxes, expanded education and gave the country its first constitution. But his attempts to hijack the power of village elders and the religious establishment led to revolts, and he was overthrown in 1938. A Tajik man called Bacha-yi-Saqao took power, but was quickly deposed and executed by a Pashtun, Nadir Khan – who started a dynasty which was to last until 1978.

4 The New Democracy in the History Of Afghanistan War

Nadir Khan (alias Nadir Shah, shah meaning “king”) granted the rural chiefs greater autonomy. Murdered by a student in 1933, he was succeeded by his 19-year-old son Mohamed Zahir (Zahir Shah). For two decades, Zahir Shah was controlled by his two uncles, successive prime ministers. The second uncle inaugurated a “liberal parliament” which sat from 1949 to 1952 when Zahir Shah’s cousin, Daoud, took control as Prime Minister and, in 1955, turned to the Soviet Union for get military help. In 1963, Zahir Shah tried to develop a constitutional monarchy under the “New Democracy” which lasted from 1964 to 1973. During this time, intellectuals enjoyed greater freedom; women have started to enter the workplace and into government. Zahir Shah decided to introduce a more representative form of government, but no legislation allowing the existence of political parties has ever been signed.

In 1973, the king’s cousin, Daoud, organized a coup, proclaiming Afghanistan a republic and himself president. Cold War rivals, the USSR and the United States, provided aid to the country ($ 2.52 billion and $ 533 million respectively between 1955 and 1978). During Daoud’s brief reign, the country benefited from oil and gas revenues. There have been other changes. Women’s rights have been confirmed by Daoud. Kabul was now full of students and its university was a hotbed of political ideology – both communist and Islamic. Women and men studied together and came into contact with foreign teachers. They were thirsty for change.

On April 27, 1978, Daoud was overthrown and killed in a communist coup (the Sawr Revolution) led by the Democratic People’s Party of Afghanistan (PDPA). The internal conflict soon divided the party. The faction leaders – Parcham (“banner”) – were expelled while the other faction, the Khalq (“the masses”), led by Noor Mohammed Taraki, took power. The latter attacked Islam, ruled by decree and enjoying little popular support. Radical reforms have sparked local rebellions and army insurrections; troops defected to resistance groups. The USSR increased aid to the Taraki regime; the United States, for its part, actively supports resistance groups. Although urged by the Soviets to change its unpopular policy, the Taraki regime refused. Fearing that the United States would take advantage of the growing chaos, the President of the USSR, Breshnev, sent troops in December 1979. He thought that Soviet troops could withdraw after six months.

Meanwhile, Taraki was overthrown and reportedly suffocated by party rival Hafizullah Amin, who in turn was killed by Soviet troops entering his palace. The Russians installed Babrak Kamal, the leader of the Parcham faction, as leader, who overthrew Taraki’s most unpopular policy and declared allegiance to Islam. But the presence of foreign troops on Afghan soil had already sparked a national uprising. The Soviet forces responded by destroying agriculture and livestock to cut supplies to the resistance. Russian bombing of villages claimed the lives of almost one million Afghans. The secret police organized by the KGB have spread terror in urban areas. The number of Soviet troops reached 120,000, but resistance still increased – and became international. Support came through exiled Mujahideen groups in Pakistan, funded mainly by the United States, Saudi Arabia and China. The United States, determined to make Afghanistan the Russian “Vietnam”, has contributed money and weapons to arm the opposition through the Pakistani secret service called ISI. The commander who received the most American aid was Gulbuddin Hekmatyar, known to the CIA for his “fascist” and “vicious” tendencies. Intellectuals, in particular, have been targeted in his murder campaigns. Anti-communist support also came from Britain and Pakistan. In the late 1980s, aid from the United States and Saudi Arabia reached about $ 1 billion a year; between 1986 and 1990, about $ 5 billion in weapons were given to the “holy fighters” of the Afghan mujahideen.

The occupation killed at least 14,000 people in Russia and cost the USSR more than $ 5 billion a year. New President Mikhail Gorbachev is preparing to step down, trying to leave a “friendly” government behind in Afghanistan. Dr. Najibullah, chief of the Afghan intelligence service, has been appointed president. The last Soviet troops were withdrawn in February 1989; the occupation left 1.5 million Afghans dead, five million disabled and five million refugees. The mujahideen managed to capture large parts of Afghanistan, continuing to fight the Russian puppet, Najubullah. In April 1992, they captured Kabul and declared an Islamic state. Burhannaudin Rabbani was elected president, but the Mujahideen victors are far from united and a bitter power struggle ensues.

Commanders Abdul Rashid Dostum and Ahmad Shah Massoud entered Kabul to prevent a takeover of the city by rival warlord Gulbuddin Hekmatyar and his allies. Four main groups, each with its own foreign donors, fought for control of Kabul. In August 1992, the United Nations reported that more than 1,800 civilians had been killed and 500,000 were fleeing the city. At the end of 1992, Kabul was devastated by the actions of competing warlords; 5,000 people have died and around one million have been displaced. Rape was tolerated by most faction leaders. Other cities have suffered similar fates. In 1994, at least 20,000 people died – and the leaders of the warring factions still refused to meet. At this point, a new force appeared.

A small group of religious students (or Taliban) living near Kandahar opposed the behavior of the commanders controlling the area. With the support of elements in Pakistan, they launched a military campaign to create an Islamic state based on strict sharia law. The first city they took was Kandahar, home of their leader, Mullah Mohammed Omar, in November 1994. They encountered little resistance from the war-weary population: the Taliban imposed order, collected weapons, demolished checkpoints to extort money, and refused to take bribes. . Their version of Islam was harsh, extreme and dogmatic. Educated city dwellers, especially women, are the most affected. After a while, the Taliban made alliances of convenience and increasingly relied on foreign fighters; torture, murder and other human rights violations against civilians have intensified.

It is estimated that 100,000 Pakistanis trained and fought alongside the Taliban in Afghanistan from 1994 to 2001. Saudi Arabia provided funds, goods and diplomatic support. Osama bin Laden, a wealthy Saudi Arabian who during the Soviet occupation had funded and trained Arab mujahideen recruits, renewed his support, returning to Afghanistan in 1996. In 2000, the Taliban controlled 90% of Afghan territory, but were not officially recognized by Saudi Arabia. , Pakistan and the United Arab Emirates. Relations with the United States were particularly hostile. The United States has accused the Taliban of harboring Osama bin Laden, the alleged mastermind of the 1998 bombings of the American embassies in Nairobi and Dar-es-Salaam. This, combined with international concerns about the extreme oppression of women and the production of the opium poppy in the country, has triggered two sets of UN sanctions.

Admittedly, Osama bin Laden was behind the attacks of September 11, 2001, the United States demanded that the Taliban deliver him so that he would face American justice. The Taliban leader, Mullah Mohammed Omar, refused and, on October 27, 2001, the United States, supported by Britain, launched “Operation Enduring Freedom”. More than 12,000 bombs were dropped in just a few weeks. The fighting on the ground was led by Afghan Northern Alliance forces with the support of coalition special forces. On November 13, the Taliban deserted Kabul and the Northern Alliance entered the city. On December 16, US Secretary of State Colin Powell said, “We have destroyed al-Qaeda in Afghanistan and we have ended Afghanistan’s role as a refuge for terrorist activities.” where they were able to regroup.

In December 2001, the Northern Alliance and elements linked to the former king, Zahir Shah, were united in Germany. The result was the Bonn Agreement – an agreement between the victorious factions, which included warlords guilty of murder, rape, extortion and rocket attack in Kabul in the 1990s. An interim authority was put in place square. A Loya Jirga (or large assembly) was convened in 2002, led by Hamid Karzaï. In 2004, a new Afghan constitution was ratified and Hamid Karzai was elected president. Legislative and provincial elections were held the following year, attracting a higher proportion of women parliamentarians. After July 2006, the NATO-led International Security Assistance Force (ISAF) assumed responsibility for the security of the United States-led coalition in parts of Afghanistan; fighting and insurgencies intensified in 2007.